The History of CHINT Demo Vans That Gallop Around the World 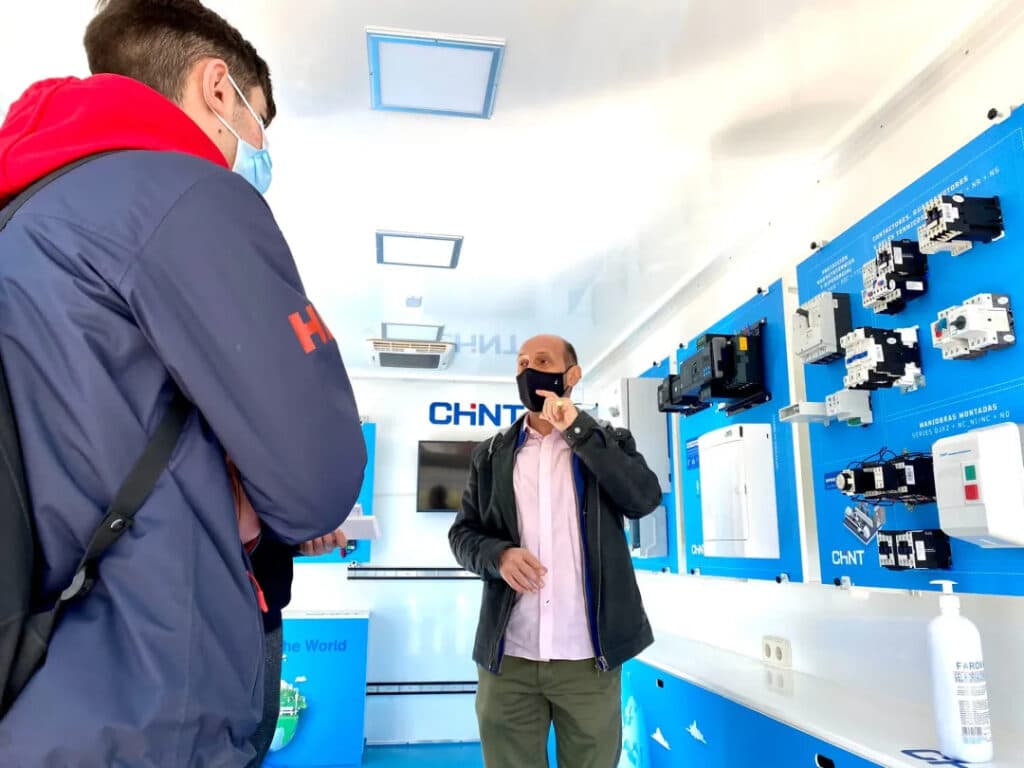 Since 1992 when the first overseas order was signed at the Canton Fair, CHINT Global has been exploring globalization over the past 20 years, overcoming numerous obstacles and writing countless moving stories. And here we’re going to share the story of CHINT demo vans traveling around the world.

Recently, the distributor of CHINT Sri Lanka carried out branding activities, both online and offline, to consolidate the market, and seek every step to expand CHINT overseas influence.

The most eye-catching part is the 2 CHINT demo vans, which is filled with CHINT product samples. 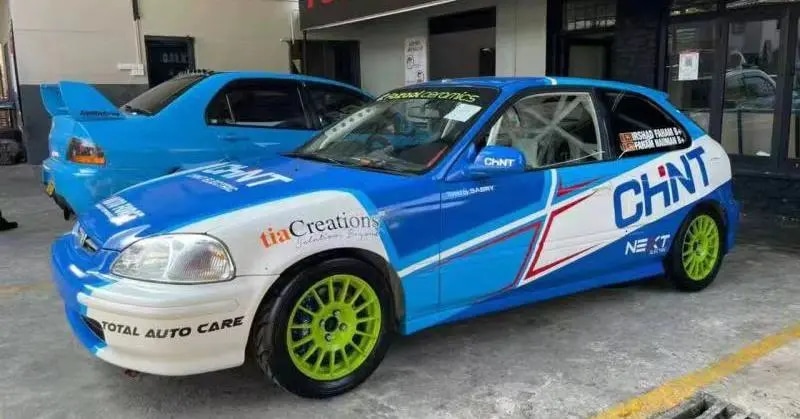 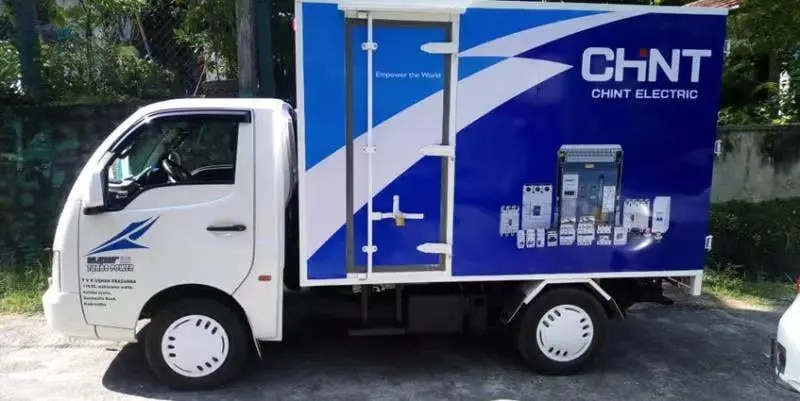 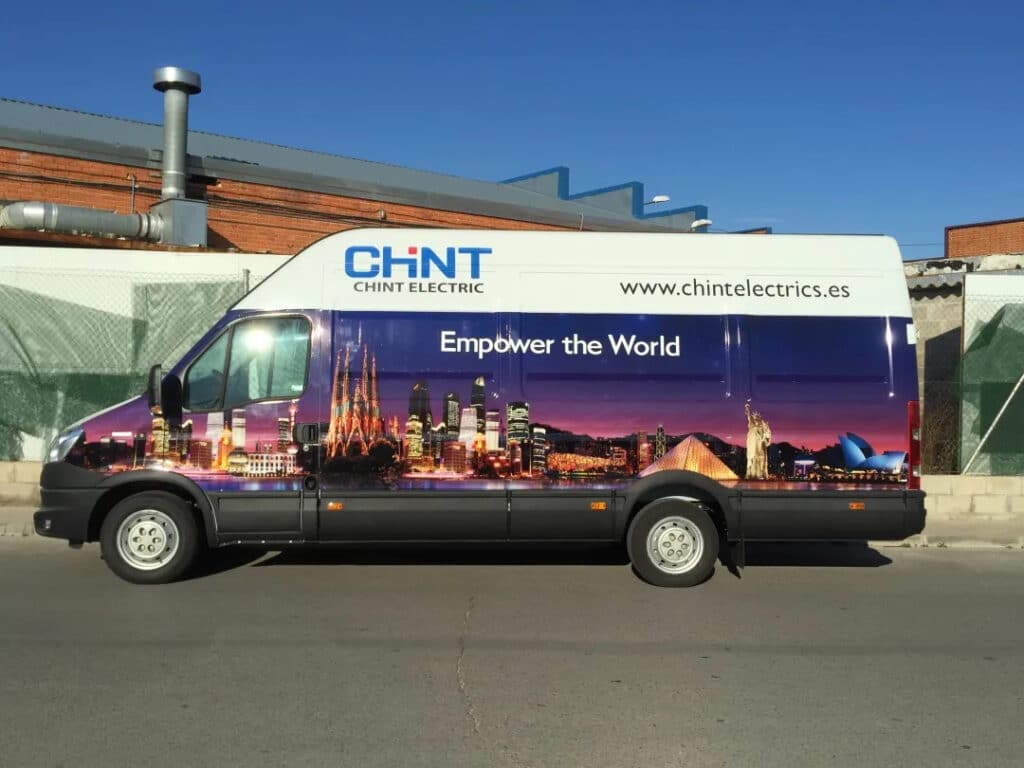 As early as 2013, CHINT Spain designed and produced the first demo van. In addition to the mobile display of CHINT brand image, it is also a small exhibition hall. The products in it is very comprehensive and intuitive, solved the awkward situation that the customers can only know about CHINT’s products from handbooks. The sales team of CHINT Spain drove this van to visit customers and traveled all over the Iberian Peninsula. 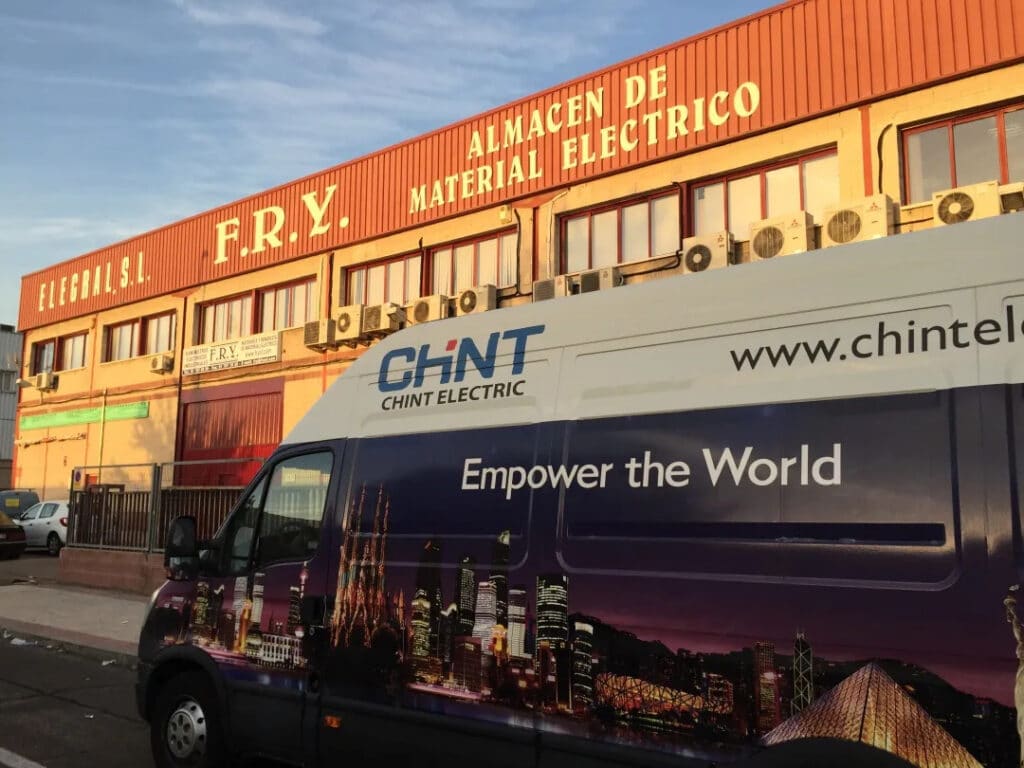 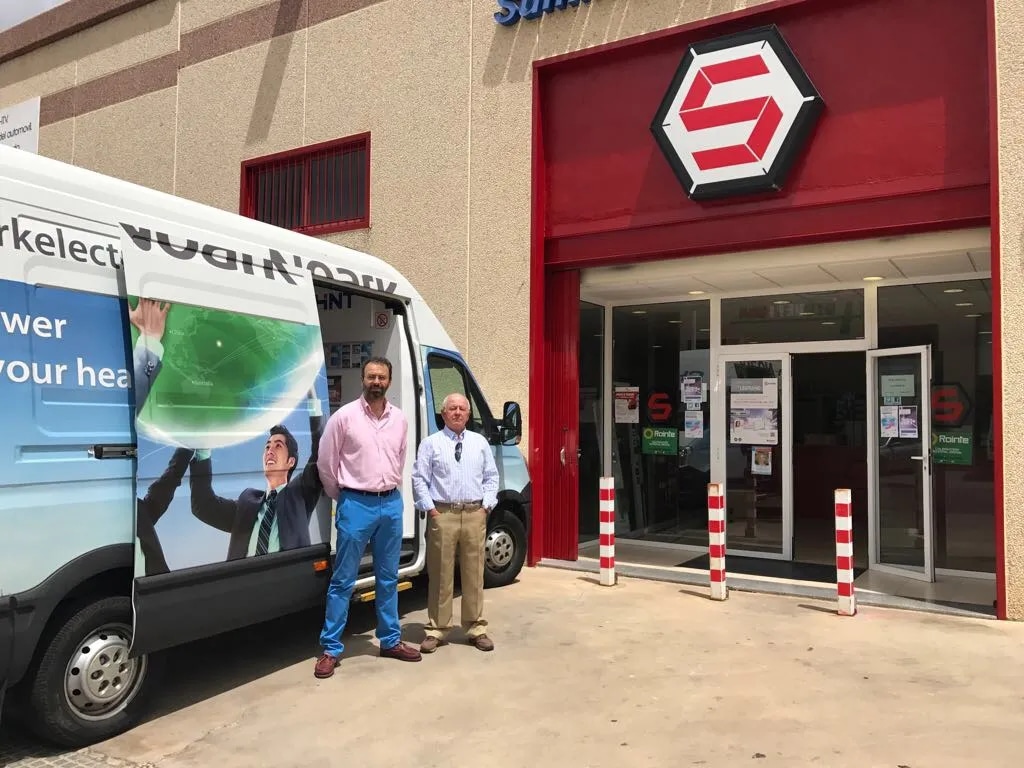 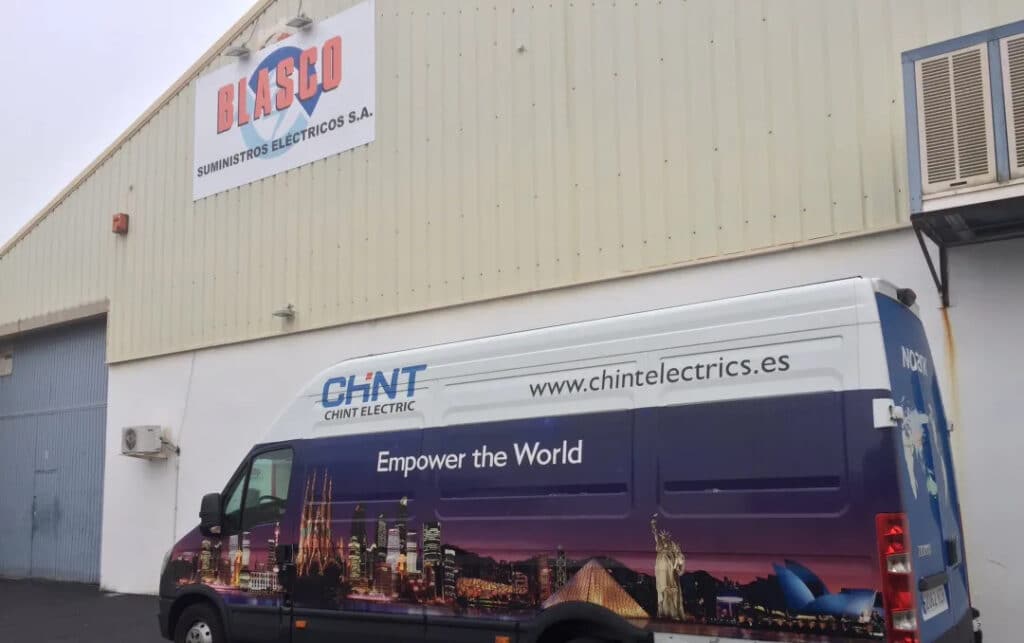 Not only showcasing products for customers, but CHINT Spain also uses the demo van to train local students as a way to promote the CHINT brand and take roots in Spain.

CHINT Spanish and IES Julio Verne College have reached a cooperation agreement to provide students with courses on charging piles, overvoltage protection, and photovoltaics. According to Carlos, an employee of CHINT Spain, “When we drove the touring car to school for the first time, our colleague Amador taught in the classroom, and I gave a presentation near our touring car. Because the touring car was quite large, we had to park the car on the playground. Our marketing executive Pedro recorded these speeches and posted them on social media.”

Soon after the class bell rang, the students came to the playground one after another. Except for those participating in the training, no one knew what the touring car was doing and they were very curious.

In a while, all students gathered to visit the impressive demo van. Because Pedro was recording, the students thought it was filmed on TV. And everyone thought it was cool. We also felt as excited as TV celebrities at the time.”

Through our guidance, these students were also very happy and actively participated in the later training. When some of those students began to look for jobs, “ We received a lot of thanks, said that the training is very useful and helpful to their job hunting, and CHINT has also become their priority.”

We can see this CHINT blue not only in Spain but also in other areas. 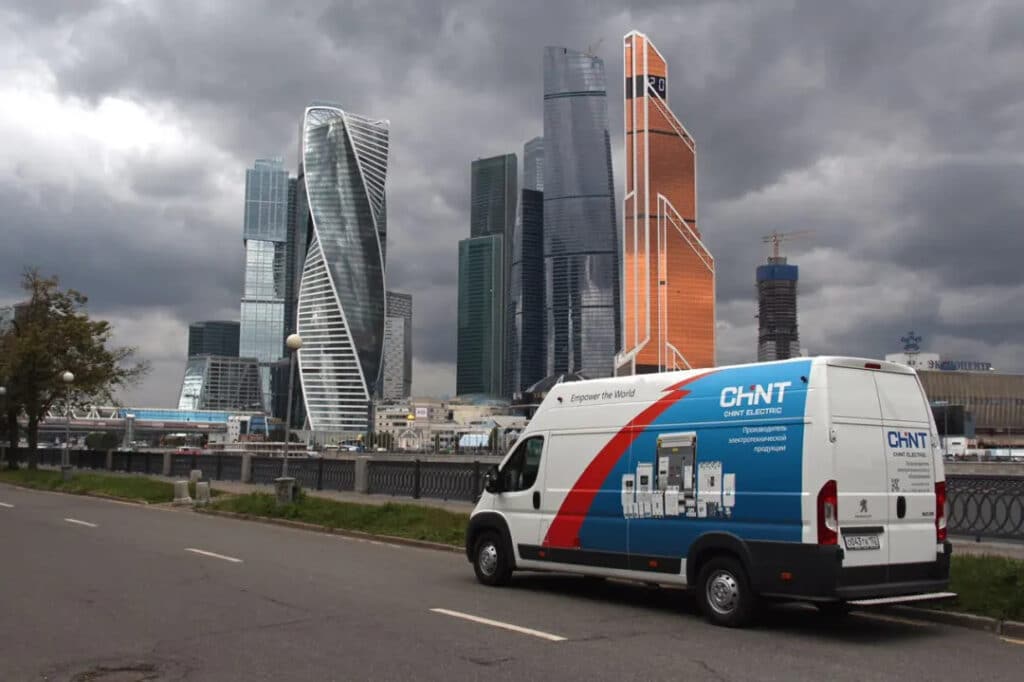 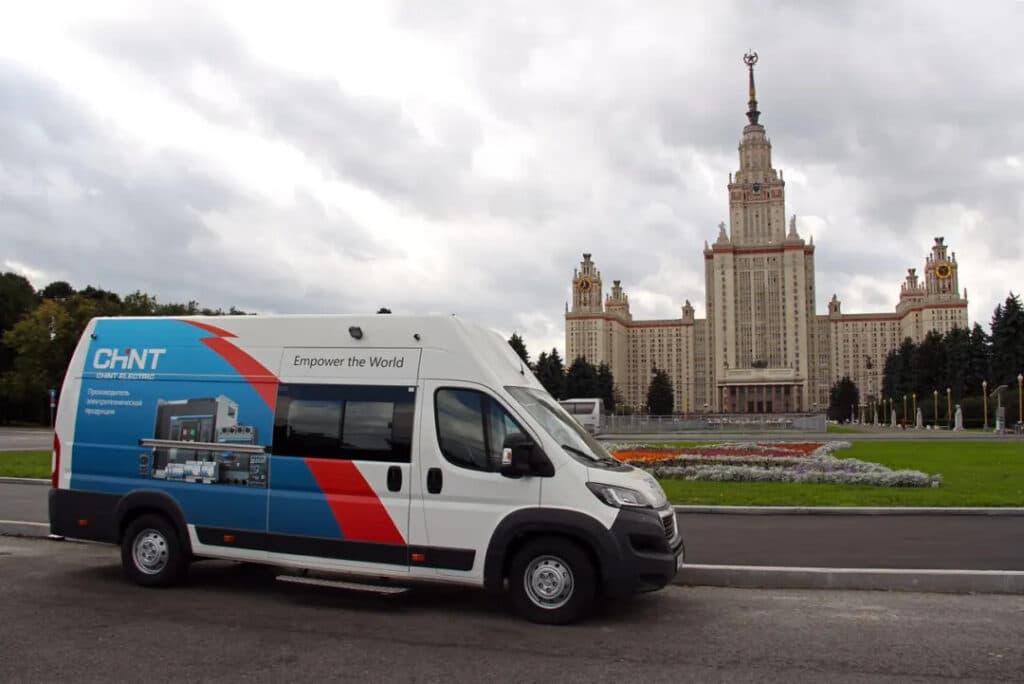 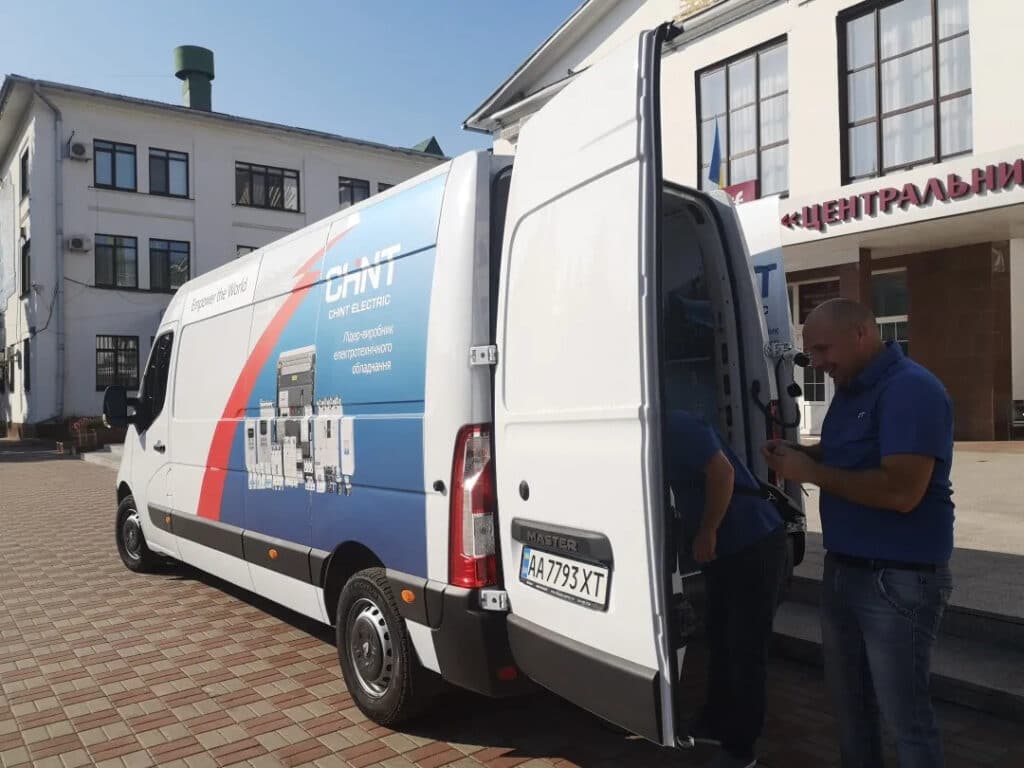 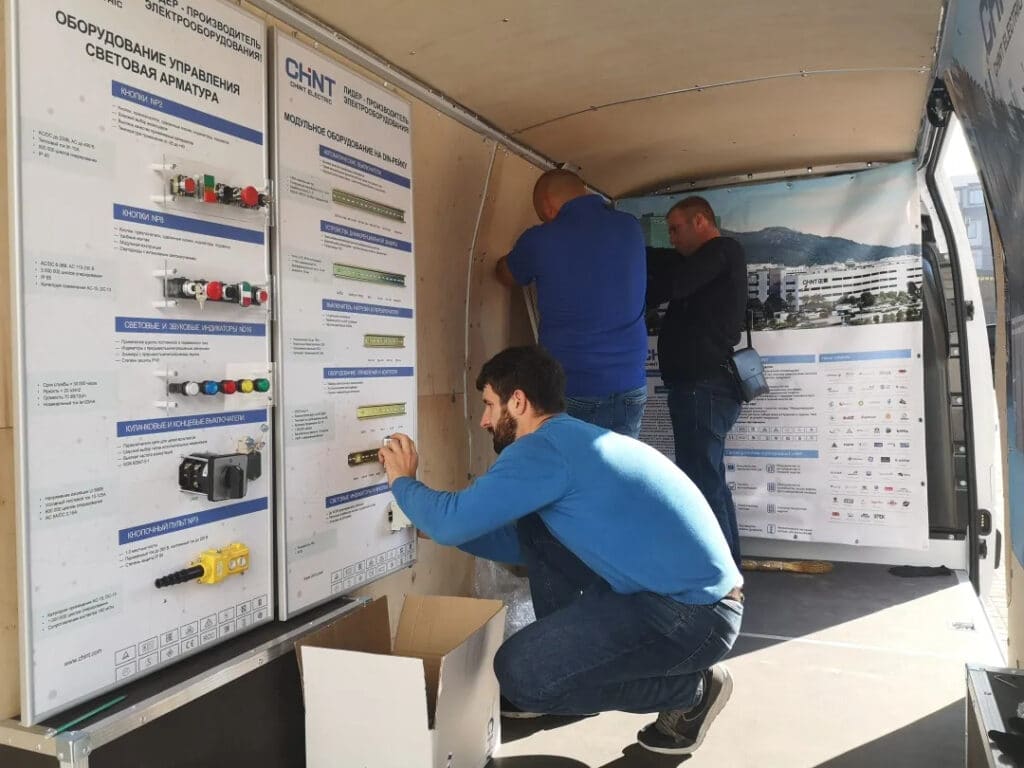 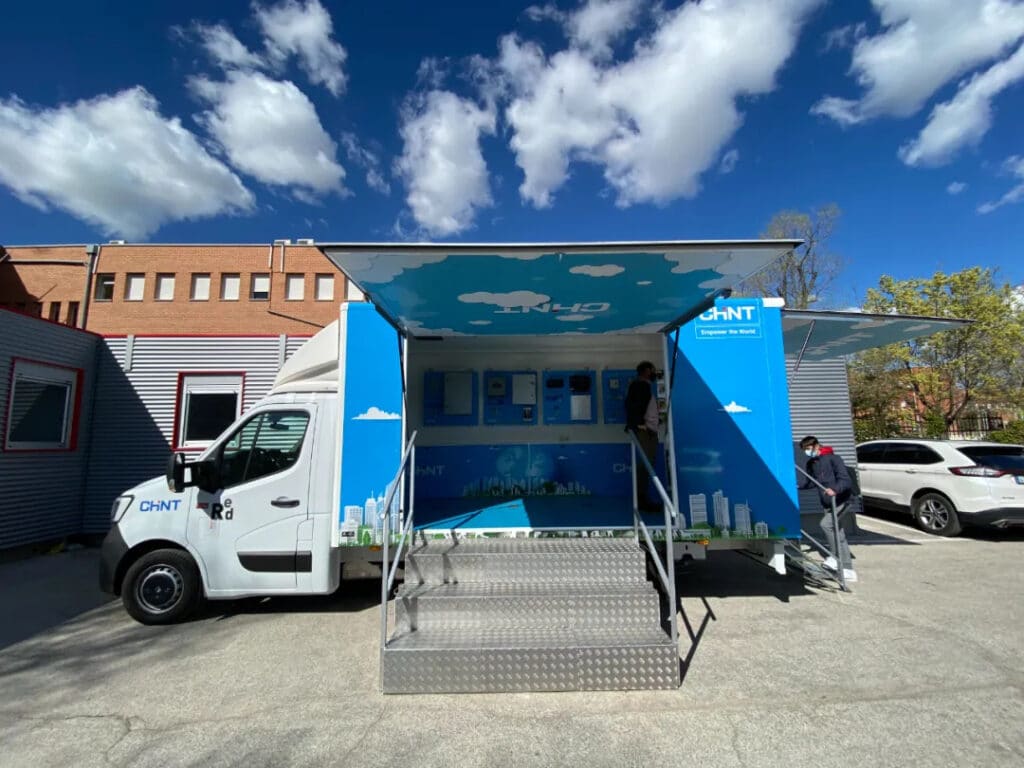 As an important support for brand activities and brand exposure, demo van is CHINT’s mobile exhibition hall all over the world. Our customers can understand CHINT products systematically and comprehensively through the explanation of CHINT people without traveling long distance to CHINT factories or stores.

Along with the demo vans, other CHINT’s creative brand activities have been emerged. CHINT has always adhered to the simple concept of “customer-oriented” to provide our customers with the best smart energy solutions.

Brand is our best business card, which embodies the continuous struggle of the generations of CHINT people. 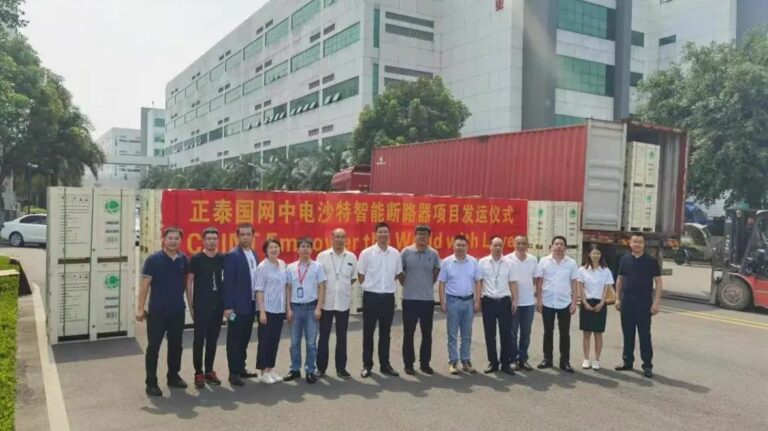