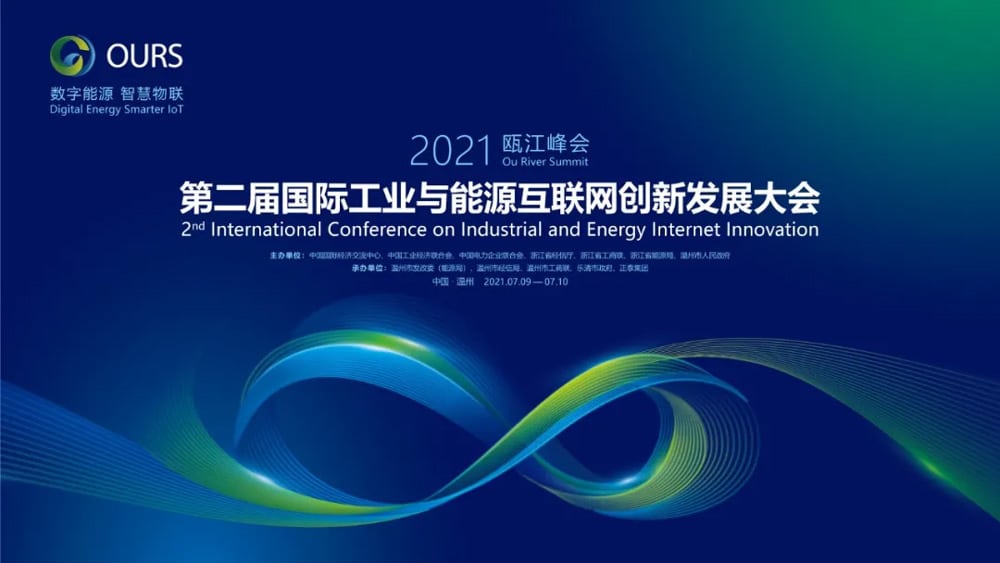 Li Yizhong, former minister of the Ministry of Industry and Information Technology (MIIT), stated at the OU. River Summit — 2nd International Conference on Industrial and Energy Internet Innovation held on July 10 that to achieve the goals of “carbon peak” and “carbon neutrality”, industrial responsibility is heavy and the task is arduous. Strictly controlling carbon dioxide and greenhouse gas emissions and preventing climate warming from bringing disasters to mankind is now a global consensus and action.

Li Yizhong cited the comparison of carbon dioxide emissions and growth rates between China and Europe and the United States in 2019. China’s carbon dioxide emissions reached 10 billion tons, accounting for 30% of the world, with an annual growth rate of about 1.5%. The United States, Japan, the European Union and other developed countries and regions have already achieved negative growth, reaching the peak of carbon. And some developing countries, including Russia, are experiencing positive growth.

Li Yizhong said that to achieve the goals of “carbon peak” and “carbon neutrality”, efforts must be made to adjust and optimize the energy structure, industrial structure and product structure. In China’s energy structure, from 2012 to 2020, the proportion of coal will fall from 68.5% to 56.8%, an average annual drop of more than 1% point, while the proportion of non-fossil energy will rise from 0.7% to 15.6%. 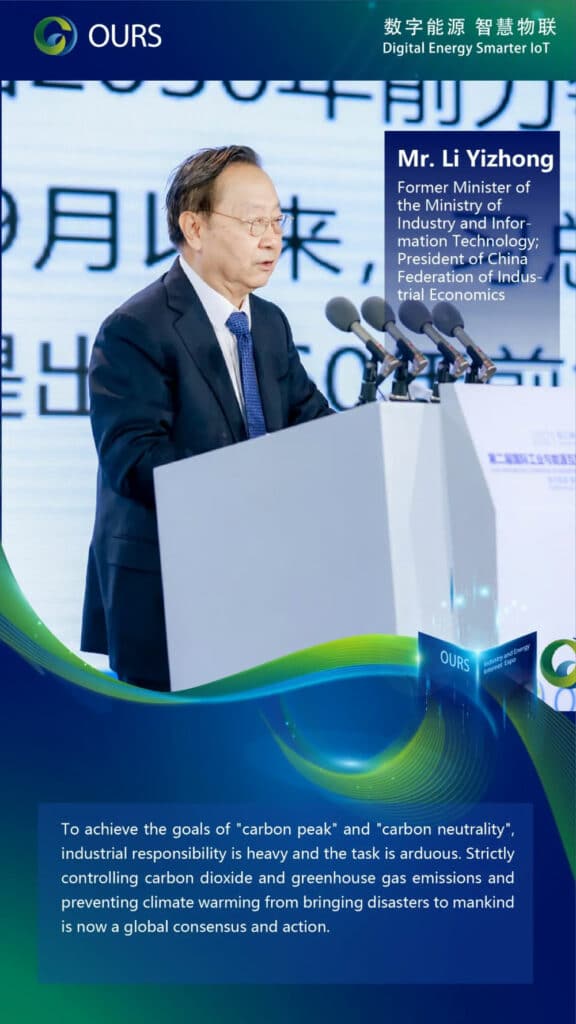 “From the perspective of China’s national conditions, this is an arduous task that must be completed.” Li Yizhong put forward his own opinions on achieving the goals of “carbon peak” and “carbon neutrality”:

01. As a large developing country, our energy consumption will continue to increase within a period of time.

For example, last year’s total energy consumption was 4.98 billion tons, standard coal increased by 2.2%, and carbon dioxide emissions are still increasing, but we must reduce the increase as soon as possible. Let the growth rate approach 0, let the absolute quantity reach the peak, and then turn into a negative growth, the absolute quantity begins to gradually decrease.

03. Various energy sources must be complementary and matched.

It is necessary to accelerate the construction of sub-high voltage and ultra-high voltage, increase power transmission from west to east, and access a high proportion of non-fossil energy power generation, which brings new challenges to the power grid. Non-fossil energy power generation now accounts for 30.4% of the entire electricity, and by 2030 it will exceed half.

04. It is necessary to strengthen policy research and scientific and technological research, and strengthen carbon trading and carbon tax interest rates.

This is a market approach. The carbon trading market is being launched, but a lot of work needs to be done. 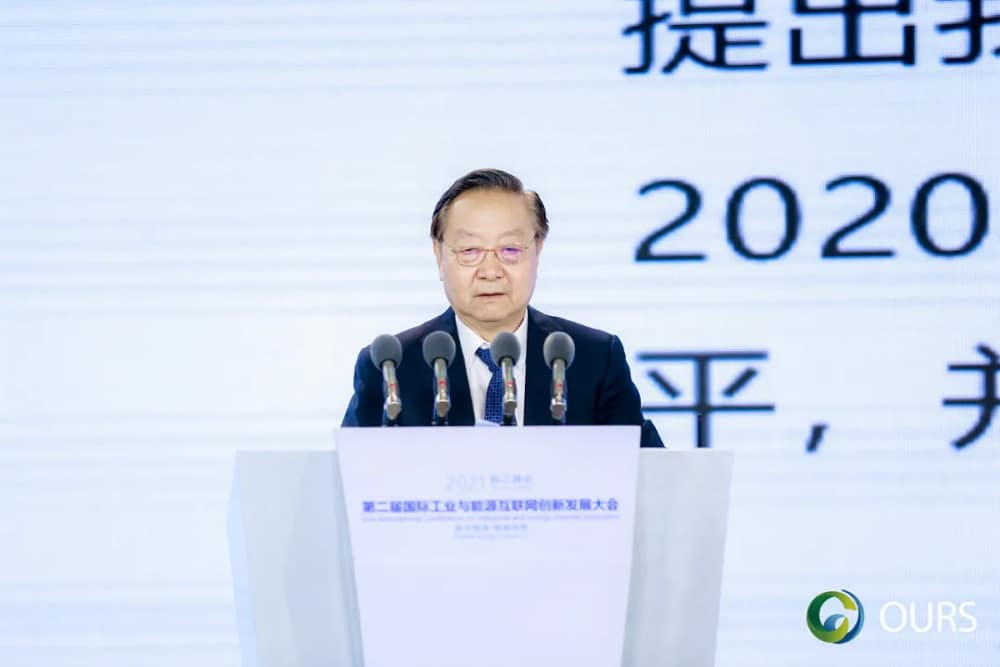 Li Yizhong said that “carbon peak” and “carbon neutrality” are a complex system that needs to strengthen departmental collaboration, which cannot be accomplished by one department.” So the relevant departments must assist, except for the efforts of the industrial sector, all industries must work together.

Our lens spans multiple time zones, travelled 27,000 kilometers and visited the Global CHINT for 24 days to record energy and industry in the digital age. Please follow this 2 min quick 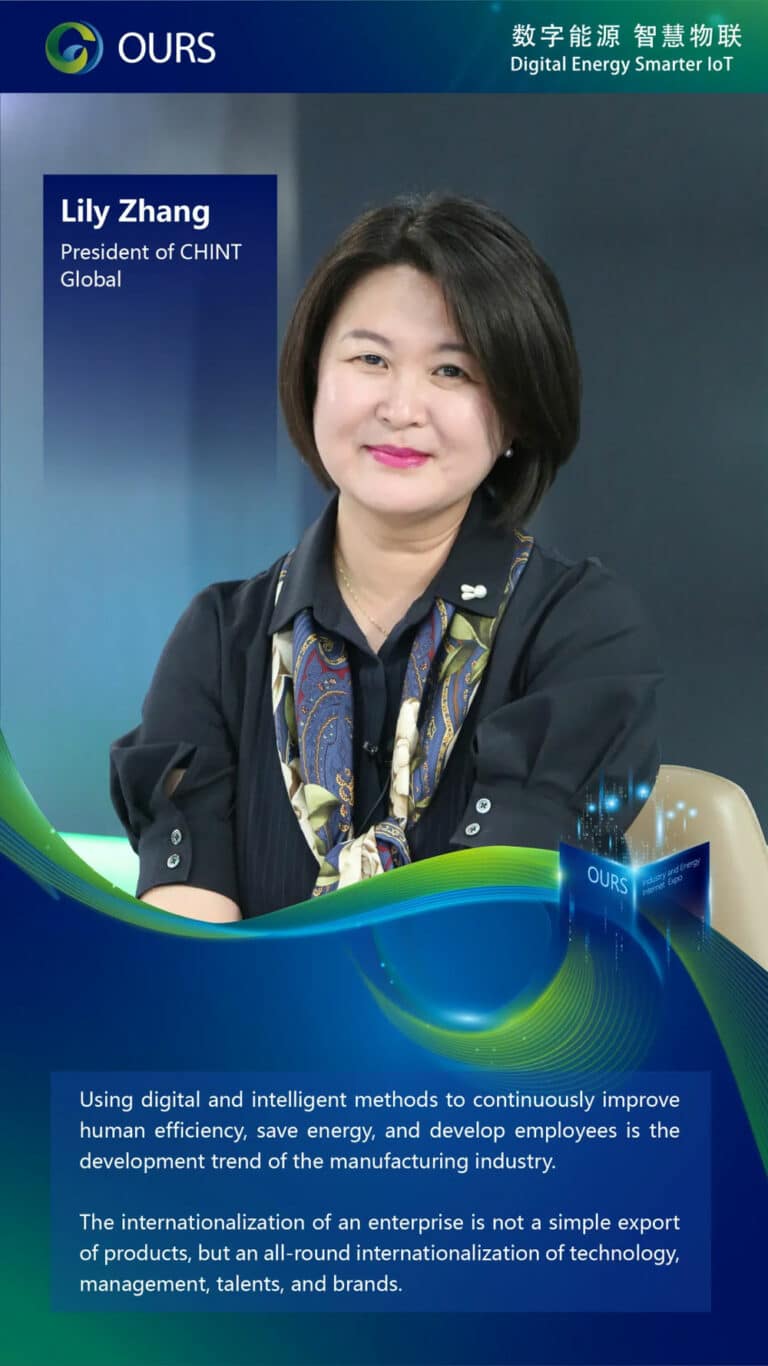